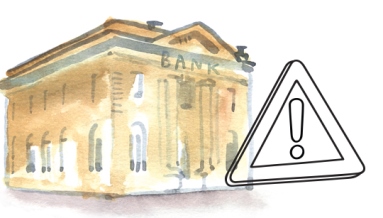 Recent comments by central bankers have left many investors with the impression that the normalization of monetary policy and unwinding of post-crisis support measures will take place sooner and more quickly than previously expected. As a result, government bond yields in developed markets have jumped in the past month. What has also become clear is that not only treasuries but also spread products are highly sensitive to any changes in perceptions of monetary policy.

The main theme for fixed income markets since European Central Bank President Mario Draghi’s speech in Sintra, Portugal, on 27 June has been the rise in government bond yields in developed markets. Perception is everything, and the perception of Draghi’s remarks was that they were a signal that monetary policy normalization would take place sooner and probably at a faster tempo than previously expected. What may have cause most of the market turbulence was Draghi’s having pointed out that with cyclical economic momentum in the Eurozone expected to continue rising, the current monetary policy would become more accommodative if it were maintained. In order to achieve maintain a constant level of accommodation, monetary policy would have to be adjusted accordingly.

In our view, this is nothing really new. Data dependency has been omnipresent ever since the ECB entered non-conventional monetary policy territory. But Draghi’s words coincided with comments from the Bank of England Governor Mark Carney that were interpreted as indicating that the BoE would probably show little tolerance for an inflation overshoot resulting from sterling’s depreciation. The overall perception was hawkish and was followed by a swift rise in government bond yields.

Spread products have shown a strong performance this year, but that performance has depended heavily on the very gradual nature of monetary policy normalization and the maintenance of accommodative policies in the near term. So far the environment in this respect has been favourable. The global economic recovery continues at a pace that is neither too hot nor too cold, with low inflation. This “Goldilocks” setting has been enhanced by the fading of the reflation trade, along with any hopes of US fiscal policy easing this year, and a decline in inflation expectations.

The lower inflation expectations have much to do with this year’s fall in commodity prices, especially oil. Crude oil remains highly positively  correlated with 5-year, 5-year-forward inflation swaps, with a correlation of more than 0.90 over the last five years. Furthermore, global macro surprise indicators also started to level off since March. Not surprisingly, we have also seen the continuation of the search for yield and carry, amid expectations that monetary policies would remain accommodative in the near term with only very gradual monetary policy normalization ahead.

This expectation of gradualism in monetary policy normalization has been so strong that neither the decline in commodity and oil prices nor the levelling off of macro surprises have prevented spreads from tightening further. Historically, spreads of emerging market debt in hard currency (EMD HC) and global high yield (HY) have tended to widen when commodity and oil prices fall and when global macro surprises deteriorated. This time, the reverse has been the case. The fact that spreads have continued to tighten despite falling oil and commodity prices and the levelling off in macro surprises highlights their high dependency on the perception of monetary policies. It also underscores the vulnerability of spread products to these perceptions, especially now, when valuations of spread products in general are not attractive. This also comes at a fragile moment in the year, when a summer market liquidity drought can cause relatively large price swings either way at low volumes. From a longer-term perspective, reversal of investor flows is also a key risk to spread products, particularly during summer months. Credits have been one of the main beneficiaries of investor flows this year. One of the dominant trends since the financial crisis has been the substantial outflows of money market funds combined with very limited flows into equities and strong flows into fixed income, in a protracted sort of search for yield

In terms of share of assets under management (AuM), the biggest inflows within fixed income have been into investment grade (IG) and high yield (HY) credits as well as emerging market debt (EMD), while smaller inflows have gone into government bonds. This trend has remained intact so far this year. While US Treasuries still attracted inflows, German Bunds witnessed outflows. Credits have attracted inflows of about +4.8% of AuM year-to-date, compared with +6% last year, outpacing equity inflows of around +1.9% of AuM. Money markets, meanwhile, have seen outflows of some -1.9% this year.

Within spread products the standout in terms of flows is EMD. So far this year EMD attracted inflows at a pace of +12% of AuM, up from last year’s inflows of more than 7%. EMD therefore appears most at risk of a reversal in investor flows. EMD in hard currency (EMD HC) recently saw its first outflows, in contrast to EMD in local currencies (EMD LC), where inflows continued. Fear of earlier-than-expected monetary policy normalization could be a trigger for a reversal in flows. EMD HC seems most vulnerable in this respect. Over long time horizons, EMD HC sovereign spreads have a positive correlation to US Treasury yields; higher 10-year Treasury yields usually lead to wider EMD HC sovereign spreads and vice versa. For global HY spreads, correlation with US 10-year bond yields is limited over longer time periods, while IG spread correlation is actually negative in the long term, indicating a tendency for tighter spreads when US Treasury yields rise. The same negative spread correlation holds for EMD LC, at least since 2003. However, with the exception of USD IG, most spread categories have shown a positive spread correlation to US Treasury yields so far this year. This is further confirmation of the currently high dependency on monetary policy at this juncture.

Given the current situation as described here, we moved EMD HC sovereign bonds to a small underweight position, while keeping a medium overweight in EMD LC Rates. Sentiment indicators and short-term momentum of EMD in general have deteriorated recently. While EM macro data remain supportive, some spill-over of a perceived earlier and steeper monetary policy normalization path in developed markets is visible, and EMD HC sovereign appears most vulnerable in this respect. We keep EMD LC Rates at medium overweight, as EM monetary policy easing potential remains intact. Downside inflation surprises and an easing mode at most EM central banks are supportive of EMD LC.

We also downgraded equities from a medium to a small overweight based on a deterioration in market dynamics. The fundamentals remain favourable for the asset class, however. The economic data are improving and earnings growth accelerates, and the low inflation numbers will prevent any rapid tightening of monetary policy.