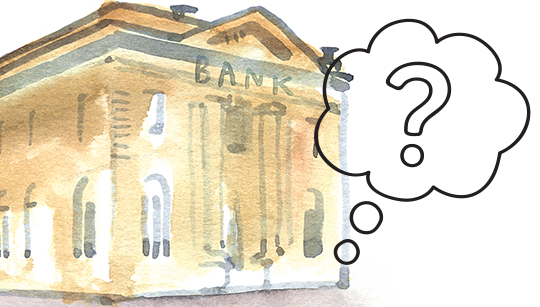 For many years, fixed income assets have been supported by the ultra-loose policies of central banks. This month, both the Fed and ECB are expected to discuss further policy normalisation steps. A move towards further tightening makes bond markets vulnerable, but we think the risks have shifted towards an even more gradual and prudent central bank exit over the past few months.

The unwinding of unconventional central bank policies can potentially trigger substantial market volatility and could lead to an unwarranted tightening of financial conditions.

Relentless search for yield has sent spreads to historic lows

Since the global financial crisis, fixed income assets have been heavily supported by the ultra-loose monetary policies, conventional and non-conventional, deployed by the world’s leading central banks. While fixed income in the broad sense has been the main beneficiary in terms of investor flows as a percentage of market capitalization over that period, bonds with a risk premium or spread over the highest-rated government bonds – so-called “spread products” – stand out even more favourably. Within spread products it has been the higher-yielding categories like high yield credits and emerging market debt (EMD) that benefitted most from the multiyear “search for yield” trend.

These relentless inflows in broad credits have squeezed spreads to levels not far removed from their historic lows (see chart). As yields and spread levels tightened under the unabated force of easy monetary policy measures, longer-standing relationships between spreads and fundamental drivers have weakened. This appears to be the case for the evolution of commodity prices, oil prices or macroeconomic surprises for example. Particularly in the past year, spread levels have been less correlated to fundamental drivers than in the longer-term past. As such, spread levels have tightened further despite declining commodity or oil prices. Similarly, momentum in economic data surprises, which has been abating since March, has not prevented further tightening of spreads. By and large, this appears to be related to an easy monetary policy stance and investors’ expectations of a continuation hereof, or at least a gradual exit should these policies need to be normalized.

Fixed income markets at the mercy of central bankers

With subdued, below-target inflation in the US, the Eurozone and Japan, investors feel strengthened in their expectations that monetary policy normalization, when it comes, is likely to be very gradual, regardless of the current healthy cyclical momentum. By now this appears to be the consensus view. Of course, here lies an important risk. Any deviation from this view, being verbally by central bankers or in practice via QE tapering or interest rate hikes, may send flows in reverse. At that time, longer-term fundamental relationships with credits will likely re-establish themselves. Fixed income markets and spread products are therefore expected to remain at the mercy of central bankers in the foreseeable future. This represents a key vulnerability for spread products.

Fed and ECB to discuss policy normalisation in September

In light of the current high dependency on monetary policy expectations, “Jackson Hole” unsurprisingly has been on investors’ minds. This year’s central banker jamboree, however, failed to alter the well-established view of gradualism in policy normalization. This may offer short-term relief, but with the Fed’s September meeting and the announced balance sheet unwinding soon upon us, the next hurdle is not far away. The same goes for the ECB, which is expected to start debating the tapering of its asset purchase program soon.

September, therefore, presents itself as potentially eventful in this respect. With corporate bond supply simultaneously ramping up after some mild summer drought, especially in investment grade credits, credit markets appear more exposed and hence potentially volatile over this period. This volatility of course works both ways, but any further potential spread tightening or yield fall appears likely to fall short of a potential widening and credit yield increase in an expected asymmetric risk-return profile.

The “mini taper tantrum” after Mario Draghi’s speech in Sintra late June, as well as the appreciation of the euro, underscore that the unwinding of unconventional central bank policies has the potential to trigger substantial market volatility and could even lead to an unwarranted tightening of financial conditions. The Fed experienced this during the 2013 taper tantrum and the 2014 dollar appreciation.

This time around the Fed will need to balance robust growth, a tightening labour market and easing financial conditions against the string of disappointing readings on core inflation and wage growth. The minutes of the July meeting of the Federal Open Market Committee contained strong hints that Fed Chair Yellen believes that sticking to the game plan of gradual tightening measures is the best way to navigate these cross currents. For this reason we hold on to our base case of four additional Fed rate hikes until the end of 2018 and the start of balance sheet roll-off in Q4 of this year. The risks to the Fed’s policy stance are very much on the dovish side and skewed towards less rate hikes. In particular, our concern remains that inflation expectations have slipped below target so that inflation will settle below 2% once the economy has reached full employment.

ECB will be closely watching the euro appreciation

The Eurozone is still pretty far removed from full employment and substantial upward inflation pressure may not arise until the economy is very close to this point. Therefore one can understand why the ECB could be a bit concerned about the appreciation of the euro in recent months.

There is a lot of talk about the euro appreciation and the extent to which its effect on inflation will be offset by the improved growth momentum. First of all, we believe that Eurozone growth momentum is less sensitive to euro appreciation than typically seen in the past, because this time domestic demand growth is the main driver. Actually, this very fact may to some extent be driving the appreciation because the marginal change in domestic economic strength over the past six months has definitively been in favour of Euroland. The decrease in perceived political risks has probably also played a role. Nevertheless, we would point out that the appreciation has a direct negative impact on core inflation rates. To the extent that inflation expectations have become unanchored, lower core inflation rates will drag them down further. In this respect, the euro appreciation could leave a pretty persistent mark on inflation expectations. An added consideration here is that exchange rate expectations can easily embark on a bandwagon that will prove self-fulfilling for a time. A higher expected rate of appreciation will attract capital inflows, which will make it a reality.

At Jackson Hole, ECB President Mario Draghi mostly declined to comment on the policy outlook. Our base case for the ECB is for a two-step reduction in the pace of QE in 2018, bringing purchases to zero by the end of next year. The risks reside on the side of a small amount of purchases continuing into 2019 to lend credibility to the “lower for even longer” message on rates.

All in all, the risks for both the Fed and ECB have shifted towards an even more gradual and prudent central bank exit over the past few months. This is clearly a positive for fixed income spread products.