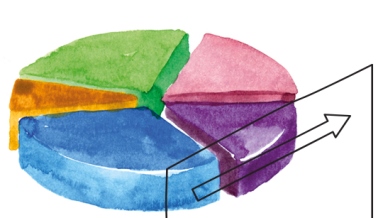 Better macro data, higher commodity prices and perceived signs of hawkish central banks have led not only to a jump in bond yields but also to a shift from growth to value stocks.

Investors’ perception of a hawkish shift at some of the world’s major central banks, a broad pick-up in macroeconomic data, and an upturn in crude oil and other commodity prices were chief among the factors that probably played a role in the recent jump in government bond yields. These same drivers were also instrumental in bringing about a reversal on equity markets from growth towards value stocks.

The jump in government bonds yields at the end of June was not last month’s only noteworthy market development. On equity markets, we witnessed a sudden reversal from growth toward value stocks, especially in the US.

Three important top-down drivers were at play in this rotation. The main catalyst for this rotation was undoubtedly the sharp rise in government bond yields following perceived signals of a hawkish shift at the European Central Bank, the Bank of England and the US Federal Reserve. Given the absence of wage and price inflation, the market may have gotten ahead of itself in thinking the big central banks are going to step up their normalisation polices. While we have not changed our policy path for the ECB or the Fed, we may see further episodes like this as we are in unconventional monetary policy territory, lacking anchor points.

The third element is the upturn in commodity prices, and oil in particular. The oil price is not only of importance for the profitability of the energy and materials sectors, but also crucial for the outlook for capital expenditure. Energy prices also influence inflation expectations, which can feed through into monetary policy, bringing us back to the first point on bond yields.

The simultaneous occurrence of these three factors is good news for financials, commodity cyclicals and end-user cyclicals. Financials benefit through more support for the interest rate margin, higher credit growth and lower provisioning for bad loans. The cyclical sectors benefit from the improvement in the macro outlook, driving their top-line growth and margin developments.

…but headwind for growth

The flip side is for the sectors that have previously benefitted from the search for yield theme, like utilities, real estate and telecom. The non-cyclical stable growers like consumer staples and health care are also facing headwinds under this scenario as investors shift their portfolios.

The information technology sector is a somewhat different story within this framework. Technology has corrected around 6% in euro terms over the past three weeks. Like health care, it is considered a growth sector by definition and has suffered from the switch from growth into value. In addition, being overweight technology was a crowded trade. However, there is an important cyclical component in IT, especially through the semiconductor and hardware segments. The cyclical aspect distinguishes technology from the health care sector.

We keep a medium overweight in technology, based on its strong earnings momentum and reasonable valuation. As such it is by no means comparable to the situation that prevailed at the end of the 1990s, when there were no profits and unrealistic growth expectations were built into valuations. While the IT sector as a whole trades at a 14% premium, splitting it up in its main subindustries reveals that only the software segment trades at a significant 40% premium to the overall market. Semiconductors and hardware even trade at a small discount. It is also a sector than can perform well in a low-growth environment. Of course, due to sometimes overly dominant market positioning, regulation could become a fundamental headwind.

Whether this value rotation will continue going forward will depend on the interaction between macro data, bond yields and the behaviour and comments of central banks. A continued rotation may now be more likely than it was a couple of weeks ago, given the macroeconomic environment and our view of gradually higher interest rates.

The healthy macroeconomic news in combination with rebounding oil prices points to ongoing commitment of global central banks to further normalise their policy setting. This normalisation is taking place at a very gradual tempo, but central bankers remain focussed on unwinding their quantitative easing (QE) policies and preparing markets for rate hikes to come. If such rate hikes are for the right reasons – stronger growth and rising inflation expectations – they may weigh on government bonds and create some bouts of volatility in equity markets, but they will not structurally undermine the rally in risky assets.

In the shorter term the trade-off might look a bit different. Technical factors might limit the degree to which bond yields can rise further. The recent increase was very fast. German bunds yields have moved all the way to the upper end of their remarkably stable trading range since the begin of this. As long as this range is not broken to the upside and 10-year yields do not trade firmly above 50 basis points, we may see a more sideways movement or even a modest downward drift in yields the short term. Similarly, equity markets remain a bit directionless until further tangible support from the upcoming earnings season starts to arrive.