Market Express: Fed nomination is one less worry for markets 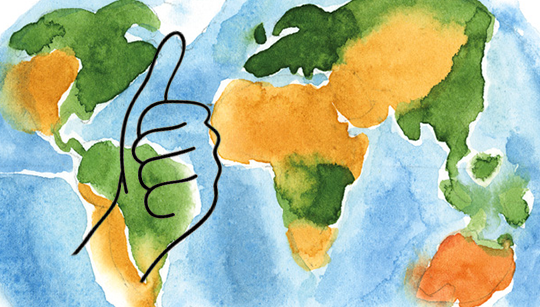 Last week was a good one for all asset classes. German bond yields declined following the European Central Bank’s surprisingly dovish comments, and equities benefitted from an improving earnings outlook, especially in the US and also in Japan. Macroeconomic data were strong and came in above expectations. In the Eurozone, the Spanish government’s takeover of regional powers in Catalonia and the announcement of December elections were positive for Spanish assets, which were under pressure last month after the Catalonian independence referendum. In the US, the appointment of a new Federal Reserve chair signalled a continuance of market-friendly monetary policy.

Strong growth, low inflation and all signs pointing to gradual normalisation of monetary policy have helped create an ideal environment for risky assets.

Emerging market equities and the USD

A big source of uncertainty was lifted from the market last Thursday when US President Donald Trump announced the nomination of Jerome Powell to succeed Janet Yellen as the next chair of the Federal Reserve. A Fed governor who has voted in favour of every Fed policy decision since 2012, Powell is unlikely to break with the current policy-setting and as such should not be unfriendly for financial markets. At its October meeting the day before, the Fed kept interest rates unchanged and noted solid US economic growth and a strengthening labour market, giving a sign that it is on track to raise rates again in December. We expect two more Fed rate increases next year, while the Fed’s own comments hint at three 2018 hikes.

The Fed news helps solidify expectations of a gradual normalization of monetary policy in developed markets. In the Eurozone, the ECB surprised on the dovish side at its October meeting by announcing an extension of quantitative easing at a reduced pace of EUR 30 billion  a month for at least another nine months. Forward guidance on rates was also strengthened, and a rate hike is not to be expected before the second quarter of 2019. The Bank of Japan, meanwhile, can in all likelihood continue with its Yield Curve Control monetary policy experiment following Prime Minister Shinzo Abe’s electoral victory. The landslide outcome should ensure the continuation of Abenomics until 2021 and the reappointment next year of BoJ Governor Haruhiko Kuroda, or a similarly dovish successor.

The post-summer equity rally continued in October. In euro terms, global equities are up about 8% so far this year, an excellent performance, given the euro’s strength. The fundamental backdrop for equity markets remains the best we have seen in years. A primary point is the strength of macroeconomic data, which have surprised to the upside in the past month, especially in developed markets. Based on the manufacturing purchasing managers’ index figures, the Eurozone manufacturing sector is expanding at the highest pace in more than a decade.

Third-quarter earnings are good, although European results are less convincing than those in the US or Japan. This has had an impact on the upgrade/downgrade ratio, which has turned up and is positive for all regions except the Eurozone. Currency movements probably play a role in this trend, as the strength of the euro is a headwind for Eurozone exporters. The US dollar’s recent strengthening should alleviate these headwinds for Eurozone companies.

In view of the strength in developed markets and the risk of external pressure coming from a stronger dollar, we reduced our overweight position in emerging market equities from medium to small. The chart illustrates the inverse relation between the dollar’s strength and EM equity performance. Consensus positioning in EM is also high. Still, an overweight remains justified in view of EM’s strong earnings prospects and attractive valuation. The region quotes at a substantial 25% discount, based on 12-month forward earnings.

We moved global investment grade credits to overweight by upgrading USD IG to overweight from neutral. With the latest central bank meetings confirming the likely gradual path of policy normalization, market attention is shifting to US tax reform. If tax plans include US foreign corporate cash repatriation and an elimination of interest deductibility, USD credit would become favoured. The expected decrease in leverage would favour USD IG relatively more. Flows and momentum of USD IG have improved on this theme.