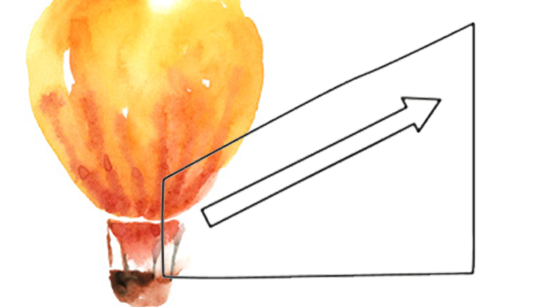 In the past few weeks, emerging market (EM) assets had to digest a market re-pricing of Fed rate hike expectations as well as some weaker Chinese data. Both EM equities and debt held up pretty well, as longer-term Fed expectations remain benign. But maybe even more important is that domestic demand growth is improving in emerging markets and is joining exports as a growth driver.
The EM equity rally of 2002-2010 showed that once endogenous EM growth develops into a key theme in the markets, the EM outperformance becomes difficult to break.

In the third quarter of the year, EM equities outperformed developed market (DM) equities for the third quarter in a row. EM equities returned 4.2% in euros and 8% in dollars. The trend of EM equity outperformance started in January 2016 on the back of a decrease in China risk and easier-than-expected monetary policy by the Federal Reserve. It was briefly interrupted by the Trump election shock in November-December 2016, but has otherwise not been under much pressure. This remarkable resilience can be explained by the strengthening EM growth picture and the continuously benign DM monetary policy environment.

Nevertheless, in the past few weeks EM equities suffered somewhat. They had to digest a material shift in Fed expectations after the market interpreted the outcome of the September FOMC meeting as hawkish. In addition, markets started to see a higher probability of a meaningful tax reform in the US somewhere in the coming quarters. So an additional Fed rate hike has been priced in the past weeks, bringing the total expected amount of Fed policy tightening to 50 basis points by the end of 2018. We would still call this a very gradual policy normalisation, but the change in Fed expectations turned out to be material enough to trigger an EM equity underperformance of about 4%, bringing the EM/DM relative performance index back to mid-July levels.

What probably also played a role in the recent EM underperformance is the sharp deterioration in the Citigroup EM economic surprise index relative to the DM index since the beginning of September. Important to mention here, though, is that the deterioration of the EM/DM relative surprise index has been primarily caused by the improvement in the DM index. The EM index softened a bit – chiefly due to some weaker Chinese data – but has remained in positive territory. When we look at our own aggregate EM growth indicators, we notice the same: EM growth momentum has softened in recent months, but is not falling off a cliff. And our forward-looking indicators (PMIs, consumer sentiment and leading indicators) all together, for all emerging economies, continue to be strong and are even improving. As a matter of fact, the September PMIs were strong for the key emerging economies.

Domestic demand is joining exports as a growth driver

More fundamentally, we see that while global trade growth continues to be strong, EM domestic demand growth has started to catch up. This is the result of continuously easy financial conditions throughout the EM universe, which has been driving EM credit growth higher. Since March, we see a steady improvement in EM credit growth, which should keep us confident that both consumption and fixed investment growth will continue to recover from the multi-decade lows reached in the years 2011-2016. For us, this is the main reason why we believe that the positive EM equity trend will remain intact, and that the correction of the past few weeks will prove to be short-lived. In fact, we have already seen a strong rebound in the past week. We remember well from the early stages of the last big EM equity boom (2002-2010) that once endogenous EM growth develops into a key theme in the markets, the EM outperformance becomes difficult to break.

As said, next to improving domestic demand growth, global trade remains supportive as well. Recent evidence of this was the higher new orders component in the Chinese PMI and the strong Korean export growth of 35% year-on-year in September. EM export growth has been in double-digits for eight months now and is likely to remain there until mid-2018.

Our positive view is further strengthened by the consensus earnings estimates for 2018, which show an expected earnings growth of 12.1% for emerging markets (see chart). This is superior to the 9.6% growth estimate for developed markets. Emerging markets currently also have the highest earnings momentum; the ratio of upgrades relative to downgrades of analysts’ earnings estimates is the highest (and still rising) in the emerging world.

Our long-held concern that the very strong portfolio inflows into EM debt over the past years (some 25% of AuM since the beginning of 2016) have been primarily driven by the ultra-low interest rates in developed markets and have the potential to reverse sharply if the Fed were to materially accelerate its policy normalisation, remains a key risk to all EM assets. However, at this stage, looking at US growth and inflation dynamics, we do not think that the big unwinding of the EM carry trade is near. Moreover, in the past few weeks markets have priced an additional rate hike by the Fed. As can be seen in the graph below, this contributed to some downward pressure in particularly EM equities and EM local bonds, as well as some depreciation in EM currencies, but not to a material correction.

Important in this context is that the real interest rate differential between EM and DM is more than 3 percentage points, about twice as large as it was during the “taper tantrum” in May 2013. This creates a bit of a buffer against more nervousness in the markets about a possible acceleration in Fed policy normalisation. Perhaps it has already been telling that EM debt flows have held up well and remained positive in the past few weeks of meaningful Fed re-pricing.

A meaningful slowdown in Chinese growth is probably still the main potential source of market headwinds. Chinese data have indeed weakened somewhat recently, but the slowdown is moderate and controlled. In EM trade data we see no evidence of a sharp decline in Chinese demand growth. While infrastructure and real estate are printing lower growth numbers, the ongoing strength in private consumption growth is compensating most of this