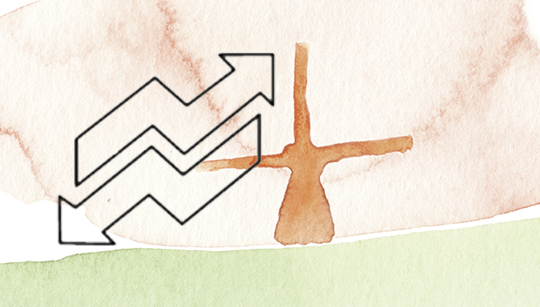 Angela Merkel’s CDU has won the German election. Yet, the Social Democrats lost and do not want to form a new coalition with the CDU. Merkel now faces tough coalition negotiations, likely with the liberal FDP and the Greens which differ substantially on many policy issues, amongst others on European integration.

In markets, an interesting observation of the past two weeks is that the winds of reflation started blowing again. Whether we have to get ready for a reflation redux is too early to tell, but economic growth remains strong globally and its sources have become more diverse. An uptick in inflation data made investors even more enthusiastic.

No pro-European outcome of the German election

Angela Merkel secured a widely expected fourth term as chancellor in yesterday’s election. Her CDU/CSU block won 33% of the votes, 8.5% less than four years ago and hitting the lowest level since 1949.  And although it was expected that the right-wing populists of the Alternative for Germany (AfD) would enter parliament, their 12.6% of the vote was higher than predicted. The other major establishment party, the Social Democrats (SPD), won only 20.5% of the vote, its worst result since World War II. The SPD quickly ruled out a renewed coalition with Merkel’s CDU party, which means that Merkel will now have to seek a tricky coalition with the liberal Free Democrats (FDP) and the Greens. Particularly a coalition with the FDP, which has a very different vision of the future of Europe than Merkel’s CDU, is likely to create problems for deeper European integration.

Fed is sticking to the game plan

The main message of last week’s Fed meeting was that the central bank chooses to remain on a gradual but steady tightening course back to neutral, amidst the cross currents of robust growth, a tightening labour market and easing financial conditions, against the overall disappointing readings on core inflation and wage growth. Fed Chair Yellen announced the widely expected start of the central bank’s balance sheet roll-off in October and signalled that another rate hike will follow in December. The policy committee (FOMC) left intact its Fed-dot forecasts for the 2017 and 2018 funds rate (signalling 3 rate hikes in 2018) and raised its 2017 GDP forecast to +2.4% from +2.2%. Interesting was also that the median dot for the long-run neutral policy rate was lowered from 3% to 2.75%.

Furthermore, Yellen made it clear she still believes the weakness in inflation is transitory and remained silent about the possibility of slipping inflation expectations. We do however pretty much agree with Fed Governor Brainard, who recently said that below-target inflation expectations are the most straightforward explanation for the current combination of strong growth, tightening labour markets and persistently low inflation. Our best guess is that at some point the FOMC will start to put some more weight on it. We therefore expect December’s rate hike to be followed by two more hikes in 2018, which is one hike less than the Fed’s dot plot currently suggests.

Winds of reflation are blowing through markets again

An interesting observation of the past two weeks is that the winds of reflation started blowing through markets again. Bond yields rose and equity markets reached new record highs, with cyclical stocks firmly outpacing credit and the defensive income and low-volatility stocks. Whether all this will persist and bring a real reflation redux is too early to tell, but it cannot be excluded.

Global economic growth remains not only at the upper end of its trading range, but it is more broadly supported than it has been in a decade. With the emerging world joining the developed world in a recovery, an important pillar for growth resilience has been created over the last year. Furthermore, both within the developed world and the emerging world, it seems that more diverse sources of growth have become visible this year. In the developed world, it is crucially important that business investment has joined consumption to support the demand backdrop. Part of the recent market behaviour might also stem from the fact that capital expenditure (capex) indicators and industrial orders have been accelerating again recently, hinting at a solid 8% annualized growth pace in global capex over the last three months. Moreover, within the emerging market spectrum it may be that Chinese growth is flattening out somewhat, but it is also increasingly clear that more and more smaller emerging market economies are joining the recovery on the back of easier financial conditions and improving credit growth.

Some upside surprises in inflation

Probably even more important in the past weeks was the fact that finally, some inflation data surprised on the upside. The larger-than-expected rise in US core inflation (after five months of disappointing readings) probably weighed most on investor thinking, partially because it fed into a theme of more hawkish signals from central banks, with the Bank of Canada hiking rates and the Bank of England hinting at hikes to come. Obviously, markets also realised that the modest updrifts now visible in underlying inflation in both the Eurozone and the US create a more credible backdrop for the ECB and the Fed to pursue their desired course of gradually unwinding their QE policies further.

Another important aspect of the inflation figures, particularly the US number, was that they might have reduced a little of the uncertainty about how far we have to travel before bottlenecks in the system start to create price and wage pressure. It has become very clear to investors and central bank officials that the historical relationship between labour market tightness and the evolution in prices or wages has changed. As a result, it has become hard to understand or forecast under what economic conditions inflation might actually start to accelerate. That has made it even harder than normal to anticipate central bank behaviour. This small step in actual inflation prints will obviously not unwind this uncertainty all together, but it might have helped to reduce the inflation uncertainty premium in markets just a bit.

No reasons to change our risk tilt yet

The changing dynamics observed in markets and accompanying observations about the underlying economy do not yet justify a sharply increased conviction on a redux of the reflation theme. It does tell us that we should stay on guard for the comeback of investor focus on the topic. Many things in our economic system might be different from the past, but change will continue for ever. That also means that the low growth, easy central banks and search for income themes will at some point change. With that awareness, the readiness to gradually adapt when new information comes by becomes clear. For now, we hold on to an allocation stance that is cautious on government bonds and seeks small risk exposures in income generating asset classes like real estate and spread products. If more evidence of a renewed drive up the reflation path is found in the next couple of weeks, then our risk tilt might well be redirected back toward equities.